Tshipi operates one of the largest manganese mineral assets in the world. The Tshipi Borwa mine is a leading manganese ore producer with an established and efficient export infrastructure, including a 8km private rail siding loop, and one of the fastest load-out stations in the Kalahari region with direct access to the Transnet rail link and seven terminals across four ports in South Africa.

Tshipi Borwa Mine is an open-cast mine that operates through drill-and-blast and load-and-haul mining techniques. At the start of the mining process, the top soil is removed and stockpiled in a separate area for later use during the rehabilitation phase. The various layers of the Kalahari formation are removed, followed by the harder banded ironstone, dolomite and manganese layers which are part of the Hotazel formation. Once exposed, the manganese ore is drilled, blasted and loaded onto a truck and hauled to the Company’s primary crusher which forms part of the processing facilities.

The Mine is operated in terms of a contractor-operator model, which has allowed it to become one of the lowest cost manganese ore exporters globally and a flexibly scaled production process in response to manganese ore price volatilities and market conditions.

The below diagram depicts the mining and processing process 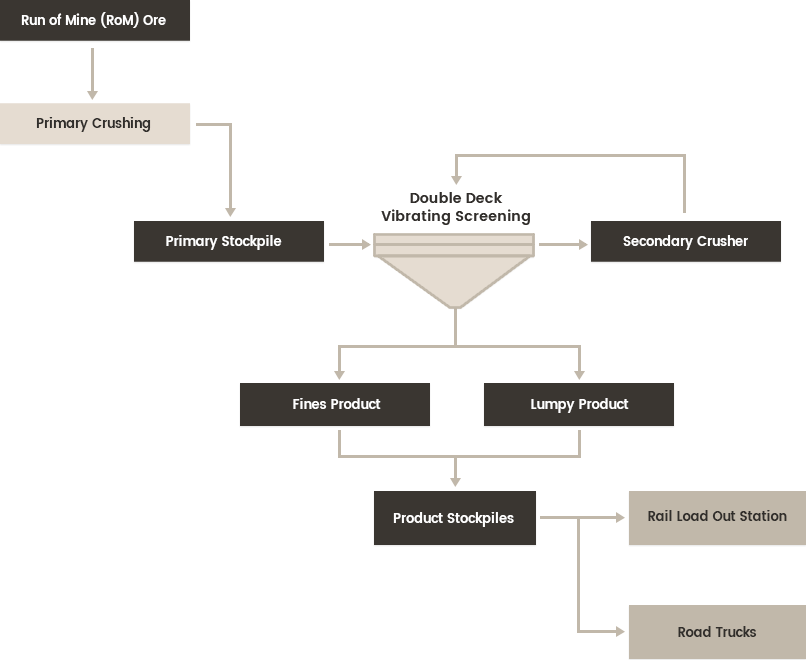