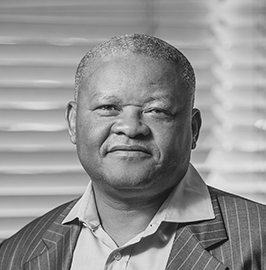 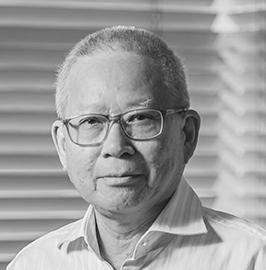 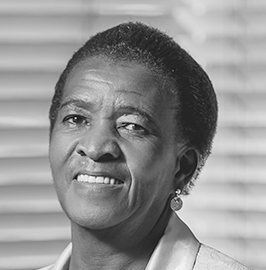 In addition to his business interests, Mr. Macozoma is recognised for his work in civil society. He has served as chairman of the University Council of the University of the Witwatersrand and the Council for Higher Education and is currently a member of the Board of Governors of Rhodes University. He is the Chairman of the Kwazulu–Natal Philharmonic Orchestra.

He studied political science, economics and journalism at the University of South Africa and Boston University in the USA. He embarked on a political career in the mid-1970s. In April 1996, Mr. Macozoma resigned from parliament to become the first black managing director of Transnet SOC Ltd, the parastatal company that runs South Africa’s ports and railways. Transnet’s assets were then worth R40-billion.

Low Ngee Tong is executive chairman of OMH, and a shareholder in Ntsimbintle. Mr. Low graduated from the National University of Singapore with a degree in mechanical engineering. He has over 25 years’ experience in the steel, ferro alloy and building materials industries in Asia. That experience was gained with Chiyoda Limited, a global Japanese civil engineering group; Intraco Limited; Intraco Resources Pty Limited and CItoh Limited, a significant Japanese metals trading house. Mr. Low has been the Chief Executive Officer of OMH since its incorporation and subsequent listing in 1998. In October 2008, he was appointed executive chairman of OMH. His business relationships and reputation with several large multinational corporations in Asia have enabled OMH to successfully establish profitable operations based in Singapore, and extending to China and Australia.

Omphemetse Cynthia Mogodi is the chairperson of the John Taolo Gaetsewe Developmental Trust which holds a shareholding in Ntsimbintle. Ms Mogodi is a passionate proponent of community development and socio-economic upliftment. She became a trustee of the Kgalagadi Rural Charitable Trust (now the John Taolo Gaetsewe Developmental Trust) in 2002 and has been its chairperson since inception. A revered figure in the Northern Cape, Ms Mogodi has served the people of her community for the past 35 years, originally as a professional nurse, and later as executive mayor of Kgalagadi Cross-boundary District Municipality. She is a member of the John Taolo Gaetsewe Municipal Council and serves as chairperson of the Finance & Human Resources Committee. Ms Mogodi holds a Bachelor of Nursing degree; diploma in general nursing, midwifery and clinical nursing science; and a certificate in Primary Healthcare Service Management. She is a member of the South African Women in Mining Association (SAWIMA). 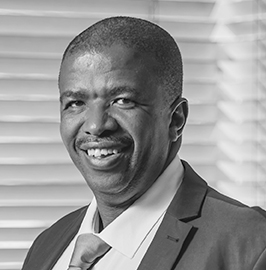 Ezekiel Lotlhare holds a Bachelor of Technology degree in Chemical Engineering. He excelled as a student of engineering, winning a silver medal from the South African Institution of Chemical Engineers (SAICHE) and an award from the Chemical Engineering Department at Wits Technikon for his performance as the best diploma student in chemical engineering in 1996. In 2009, Mr Lotlhare completed a Master of Business Leadership through the University of South Africa. Ezekiel began his career in 1999, working as process metallurgist for Hotazel Manganese Mines. Since then he has filled a variety of positions – being production manager of Lonmin Platinum (the world’s third largest producer of platinum), plant manager at Hotazel Manganese Mines, Operations Manager for Tau Mining Consultants, General Manager for Tshipi Borwa Mine to his most recent position of CEO at Tshipi é Ntle Manganese Mining (Pty) Ltd. 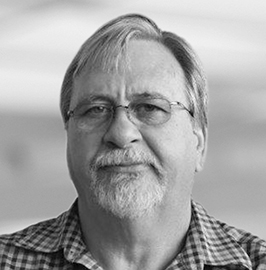 In addition to his responsibilities at Safika Resources, Justin is a member of Safika’s executive team. He is a chartered accountant and has a wealth of experience in accounting and valuation, mining and prospecting rights, BEE structuring and industrial and mining corporate finance, which includes capital raising. Justin began his career as an articled clerk at Deloitte & Touche, one of the top four accounting firms. He qualified as a CA in 1995 and then joined Rand Merchant Bank where he worked for six years, predominantly in the corporate finance division. In 2002, he and mining expert Peter North, founded a South African mergers and acquisition company called QuestCo. At the same time they assisted Safika Holdings in founding Safika Resources and Safika-controlled Ntsimbintle Mining. Justin was pivotal in creating Ntsimbintle’s manganese mining company, Tshipi é Ntle, from concept to reality. On behalf of Ntsimbintle, he helped negotiate the acquisition of a nine per cent stake in Hotazel Manganese Mines in 2007 and broker a transaction in which Pallinghurst, later Jupiter Mines Limited, acquired a stake in Tshipi é Ntle in 2008. He spearheaded negotiations that saw Singapore’s OM Holdings acquire an effective 13% shareholding in Tshipi é Ntle which allowed Ntsimbintle to raise its share of the US$200 million capital required, in equity, to develop Tshipi é Ntle. Within Tshipi, Justin represented the 50,1% shareholder on the Steering Committee for the development of the Tshipi mine and continues to represent the 50,1% shareholder on the Operating Committee in respect of ongoing operations.

He is also a member of the remuneration committee and has been responsible for sourcing key appointments. In 2014 Justin negotiated the 49% acquisition by Blue Falcon (Glencore and Imalivest) in Mokala Manganese on the Remaining Extent of the farm Gloria where Ntsimbintle had the prospecting right. The mining right was issued in 2017, which will result in the development of Mokala Manganese into a manganese mine to be funded by Blue Falcon. In 2017 Justin negotiated the merger of Ntsimbintle’s Wessels prospecting right with the neighbouring Lehating mine which is led by Traxys. Ntsimbintle has 24% in this combined entity and is awaiting the granting of the Wessels mining right and a consent in terms of s 11 of the Mineral and Petroleum Resources Development Act, No. 28 of 2002 (MPRDA) to transfer the mining right (once granted) to Lehating - which Lehating will then incorporate into its existing mining right in terms of section 102 of the MPRDA. In 2018 he set up Ntsimbintle Marketing and Trading in Singapore to market Ntsimbintle’s share of the Tshipi é Ntle ore. Justin is a member of the South African Institute of Chartered Accountants and the Association for Investment Management and Research.

Fanie van Jaarsveld is the Managing Director of OM (Manganese)LTD – Australia. He holds a National Diploma in analytical chemistry and has successfully completed the Senior Management Program at the University of Stellenbosch. He is member of the Australian Institute of Company Directors since 2013. He began his career in 1976 as a chemist at Gysum Industries. Since then he filled numerous positions at different companies including Cullinan Refractories, Armscor and BHP Billiton where he was responsible, as Operations Manager, for the total operation of the Company’s two manganese mines at Hotazel. Fanie joined OM Holdings in 2007 as Technical Director where after he became Managing Director in 2010. Fanie’s work experience covers all aspects of mining operations - from doing feasibility studies, acquiring heavy mining machinery and mobile mining assets, design and building of process plants, to running the operations.